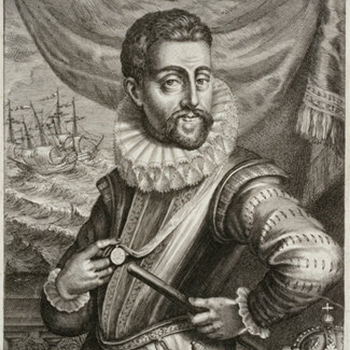 The dynastic problem in Portugal stemmed from the death without issue of King Sebastián. The Portuguese throne was disputed by the cousins Philip II of Spain and Dom Antonio Prior de Crato, both grandsons of King Manuel. The nobility favoured Philip in the main, but Antonio had more popular support and sought international alliances. In 1582-83 France feared the power that Philip would acquire if he inherited the Portuguese throne and so, seduced by Antonio’s promises, fought on his behalf in the Azores, suffering serious defeats. In 1589 it was England’s turn. In payment for military assistance, Dom Antonio secretly signed a number of clauses that would turn Portugal into an English vassal state under harsh conditions. Elizabeth then sent the wretched English Armada against Portugal. It became clear the extent to which Antonio, who was not a very good comrade-in-arms, sought to achieve his reign at any price.